Home Uncategorized A pivotal technocrat on Digitalization of Africa Agriculture

A pivotal technocrat on Digitalization of Africa Agriculture 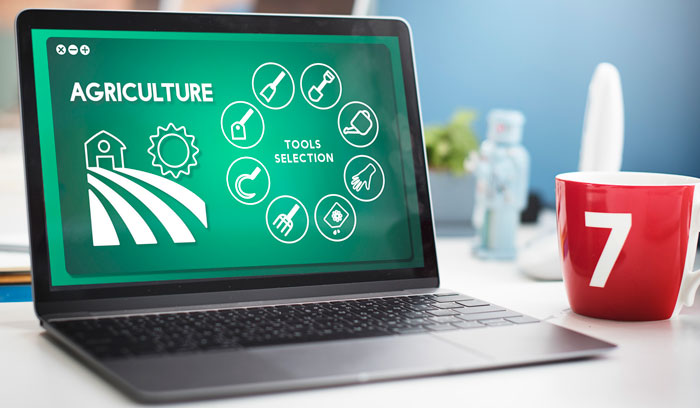 “Agriculture remains the backbone of the Africa economy civilization”. As, agriculture continues to generate employment in Africa over the coming order of magnitude in decades, agribusinesses around agriculture, including processing, packaging, transportation, distribution, marketing and financial services, could also create jobs for young people, especially those in rural areas.

Governor Ayade, agricultural revival will not only create employment, but boost the economy value of C’river state and Nigeria. It’s neither a prove of intelligence, that In the 80s, Nigerian mainstay of economy was agriculture before the discovery of oil culture. Nigeria having the largest economy in Africa was booming with the production of cocoa as the fourth largest producer in the world contributing a quota of over 25 percent to the economy thus, trimming unemployment to a rate of 15 percent which was majorly amongst the first school leavers via cocoa cultivation and export of cocoa.
The earliest cocoa farms in Nigeria were in Bonny and Calabar in the 1870s. Governor Ayade, who’s enthusiastic about agriculture, a dynamic agrotechnocrate vision returning back to the ancient economy ages, but employing technology to boost production and advance the economy invested million of dollars in the Ultramodern cooca processing plant Ikom having an annual capacity of over 30,000. In relations, to the Ayade’s project on its agricultural revolution, Cross river state will cultivate, process and export cocoa/cholcolate instead of, to cultivate and export to foreigners who’ll make more money than the primary producer’s via cocoa processing. Its constructive to note, that the mechanization of C’river state agriculture, The “Cocoa” value chain will advance Cross river economy to become a foreign state in Nigeria.
Ayade’s, investment on the agricultural sector is Brobdingnagian. The Governor, often expressed,f his determination to decouple Cross River State from over dependence on oil- driven federal allocation through diversification of the state’s economy, Ayade is also building an ultramodern rice mill in Ogoja.
President Muhammadu Buhari was in Calabar, the Cross River state capital, to inaugurate Africa’s first and only Rice seeds and seedling factory. The factory is one of the governor’s signature agricultural projects. At the inauguration, President Buhari commended the governor for “keying into the economic diversification policy of his administration by investing heavily in agriculture, describing him as a reference point in agricultural revolution”. He has also established a cotton farm in Woda, Yala, and banana plantation work is ongoing in the Calabar ultramodern poultry farm and yellow maize farm in Obubra among others.
Ayade’s Agricultural transformation is a priority on his policy agenda of African governments on his quest to meet the challenges of food and nutrition insecurity, climate change, youth unemployment and overall economic growth. With Ayade’s right policies, innovation and investment, C’river continent’s on agriculture will be transformed into a powerhouse not only to feed a growing population but to create decent employment for millions of young people in C’river state and across Africa.
The Cross River State,  poultry’s and livestock farm project as the most sophisticated, in terms of equipment and production which are line in Africa. In a bid to complement the multi-billion naira frozen chicken processing factory, Calachika, Cross River State Executive Project Manager, Ben Ayade, his striding on the construction of a poultry and livestock farm. When completed, the factory is projected to process about 6,000 frozen chicken per hour. This massive project site comstruction is Located on the Calabar/Odukpani Road in Odukpani Local Government Area, the poultry and livestock farm is conceived to be the biggest of its kind in the South South with the production capacity of 22,000 birds per hour.
Technology, as we have seen in other sectors, is critical to affecting change and driving development. It is bringing countries closer together, reducing barriers to trade and offering a window of opportunity to ‘digital native’ youth entrepreneurs at the vanguard of innovation applied to different economic sectors. The Governor, Ben Ayade, is innovating a landmark industrial agricultural automation to transform the farming system in C’river state and Africa via the used of sophisticated machines, technology and drone’s to mechanize crops and livestock production.
In agriculture, digitalisation could be a game changer in boosting productivity, profitability and resilience to climate change. Ayade inclusiveness have, digitally-enabled agricultural transformation and could help achieve meaningful livelihood improvements for smallholder farmers, also drive a  greater engagement in agriculture from women and youth and create employment opportunities along the value chains. His. Excellency, Sen. Prof. Sir. Benedict Bengioushuye Ayade, KSJ have a significant growth in digitalisation for agriculture (D4Ag) over the last four (4) years this have hype the Governor revolutionary stride in recognition of exotic awards, enticing investors and prolific agricultural organizations such as Food and Agricultural Organization (FAO), United Nations and Feed the Future initiative, United State of America. It’s a no doubt that cross river will become a foreign state in Nigeria via the digitalized stride of Prof. Ben Ayade. However, there’s need for investors, opposition parties and indigenes of C’river to buttress the agricultural revival and industrial landmark of the executive Governor to betterment the state and proliferate its economy value.
Share:
Debunking the Taboos of Eating Pork [Part 1]
Previous Post