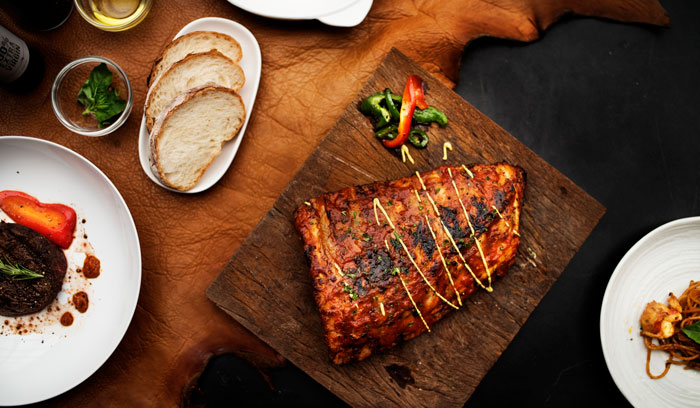 The hypocrisy in our meat selections

Generally, it is assumed that we are what we eat. This is because the chemicals in the foods we eat build and feed our bodies. Integrally, the foods determine our entire biochemical structure. Likewise, the biochemical structure of the animals and plants, we feed on, are coordinated by what they also eat. This explains why harmful pesticides and fertilizers used to grow crops turn to have negative effect on our health after consuming the plant. On this same note, foods given to animals to alter their growth hormones  also turn to have negative effects in the body of consumers. So, from this reasoning perspective, we are not just what we eat. But literally, we are what we eat and what we eat eats. It is a biological chain reaction.In Ghana, many people do not eat pork on three grounds; hygienic conditions, Christian doctrines, and Islamic laws. I will talk about the religious aspect with Christian doctrines and Islamic laws in part 2 and part 3 respectively.

The hypocrisy in our meat selections

Emphasizing on hygienic reasons for not eating pork, Ghanaians assert that the pig is a scavenger. And traditionally, the pig is culturally labelled as an unclean animal. This claim is backed with the assertion that pigs eat everything and, due to their non-ruminant digestive system, the toxins [poisons] stay in them which are subsequently passed on to consumers. This is true but let us analyze it constructively to understand the realities of it. First of all, per standard definition, a scavenger is an animal that feeds on dead animals, dead plant material, or refuse.
Small scale farmers who are financially incapable of feeding their animals often leave them to feed on their own. As a result, farm animals like cows, goats, sheep and other domestic animals end up looking for food in garbage areas. So why would we single out only the pig? It is undebatable that our home-reared chickens eat dead cockroaches, dead lizards, etc., and drink water from gutters. Whether this is due to economic hardship or farmer’s irresponsibility of feeding the animals, we should understand that we control the lives of animals. We can make scavengers very clean and can also create an environment where clean animals will turn scavengers to survive

Considering this analysis, which one would you prefer on your plate; a clean and organic fed pig or a cow that fed on garbage areas?

It is only in our primitive societies that pigs are kept in unhygienic pens, allowed to roam everywhere, and or are given their natural will to feed on everything. This is not the case in the developed countries.Pigs that are fed 100% organic foods like corn, millet, rice, beans, sorghum, etc. from farms are perfect for meat production. These foods do not deposit any poison into the pig’s body and also do not cause any digestive implications when they are powdered into their finest states. The point is that we are harboring this stigmatization based on what we see in our environments.

With clean and hygienic pen, green environment, and organic feed, the argument that pig is a filthy animal becomes irrelevant.

A pivotal technocrat on Digitalization of Africa Agriculture
Next Post

A pivotal technocrat on Digitalization of Africa Agriculture